So last year I wrote the background and story for Deadzone: Infestation for Mantic Games (and am in the middle of writing extra background for their Warpath game), and now, well, there’s this..

It’s someone reached into my head and pulled out what I was seeing.

It’s the Most Wonderful Time of the Year

He’s going to find out who’s naughty or nice

Santa Claus is not subject to the data protection act

Well, it’s that time of year again when the world turns just that little bit more crazy. Count that double for me – I’m still getting used to a southern hemisphere Christmas where “Oh the weather outside is frightful” means a whole different thing and the outside Christmas lights are solar powered.

But even though my day job knocks off next week I do not, nosiree. First off I’ve been contracted by Mantic Games to write some more background for their incoming Warpath wargame. I’ve already done some with their Deadzone: Infestation tabletop game, so this is familiar ground, but fairly in depth, but I’ll get through it.

Secondly, and more importantly, Brood Parasites is chugging along nicely on Patreon, and need more words for the engine. The first audio chapter is up on YouTube and backer can expect chapter two before the week is out and the fifth chapter to their audiobooks before Christmas (thank you, guys!), plus I have to chase up the finished artwork for the cover. This is hugely exciting, but fair time intensive. But you know what? I wouldn’t have it any other way.

And then of course there’s the matter of Christmas with two little boys. But they’re good kids and very reasonably choose to sleep every night (with a loose interpretation of ‘choose’), so there’s always time at night… in between Doctor Who episodes.

Anyway, may your December be filled with happiness and good cheer and I’ll see you on the other side.

Containment Protocol is a go….

Woohoo, publication day is here!  The lovely people at Mantic Games released Containment Protocol over the weekend, a collection of short stories around their tabletop game Deadzone, which was Kickstarted (and to a ridiculously successful degree) last year.  I back it, and on a side note the game is awesome, and this weekend got to be a part of of the growing Deadzone story as my short piece The Hunt was published in the collection. 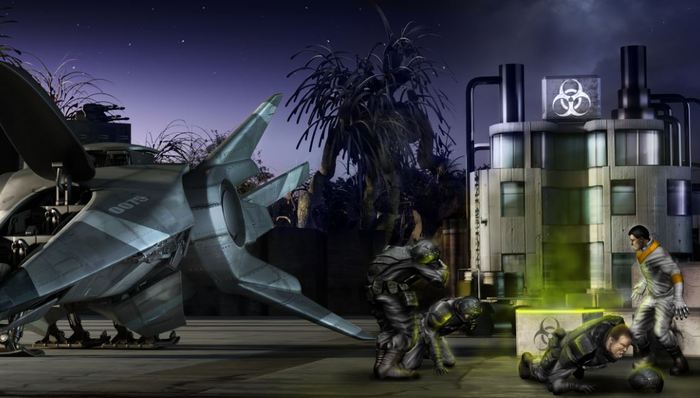 I had a lot of fun writing The Hunt.  The world Mantic have designed in Deadzone very much represents the zeitgesit of today, just as Games Workshop did in the 80s with Warhammer 40,000.  In it, we are presented with a galaxy run on a corporacracy, where the final word of law is what the largest corporation says it is.  It’s serfdom in everything but name, which is basically the logical end result if capitalism is allowed to run unchecked.

Sound familiar?  Yup, scratch one down for why I find it so enticing.

Anyway, if you check it out I hope you like it… now I’m off to write another for their Dreadball anthology…